Active, fit and diagnosed with a heart attack? 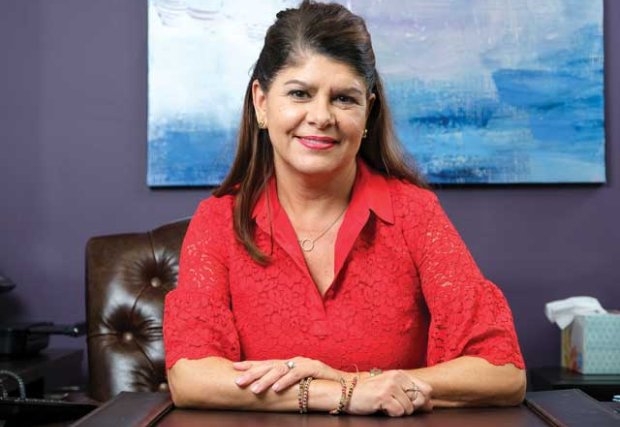 It can be so easy to ignore the symptoms … write it off as a pulled muscle, lack of sleep or even hormone changes. After all, Marybel Coleman was the most active she had ever been in her life and had no risk factors when she felt that first twinge of pain in her chest.

“Something I ate did not agree with me,” she thought at first.

For about a week, Coleman had been feeling some pressure in her chest every so often, but nothing too significant. “Just a pulled muscle,” she thought. “I must have pulled it while working out.”

But, that all changed right before Christmas in 2015. She had been feeling that pressure again but decided to go to her law practice holiday party. Later that night she woke up with a really sharp pain in her chest. The thought ran through her mind that she might be having a heart attack, but her breathing was normal, there was no shortness of breath and no numbness. The pain eventually went away and she went back to sleep.

The next day she joined her daughter for some Christmas shopping, and the weird feeling in her chest was more constant. When she returned home, she was feeling unusually hot and was sweating for most of the night. “I remember thinking maybe it was menopause starting,” she reflected with a chuckle.

Coleman, a lawyer, was in court the next morning and had a sensation that something was in her throat. Once again, she blew off the warning, but fate was about to intervene.

“It just so happened that I had a yearly doctor’s appointment set for that afternoon, which I almost canceled,” says Coleman, who is now 52. “As part of the appointment, my doctor did an EKG. After looking at the results she told me to go straight to the ER at Wellington Regional Medical Center.”

At Wellington Regional, the heart attack was quickly confirmed, and it was also determined that the left anterior descending artery was 65 percent blocked. When blockages become too large, they restrict blood flow to the heart, which can lead to heart damage and a heart attack.

A cath lab procedure was booked for the next day, and Coleman had one stent, a mesh tube used to hold open an artery, placed to reopen the blockage. “I was very impressed with the timeliness and the professionalism of everyone involved at the hospital,” she says.

“I was a little scared by the event but everything turned out to be wonderful — it ended up being a very positive experience.”

In the end, Coleman considers herself lucky. There was no damage to the heart muscle and she has no restrictions. But she said she is now much more aware of her health and wants to be an advocate for healthy lifestyles.

Symptoms of a Possible Heart Attack

Symptoms may include a feeling of pressure and squeezing in the chest; pain or discomfort in the arms, back, jaw or stomach; shortness of breath; and a cold sweat, nausea and lightheadedness. If you experience symptoms, call 9-1-1 immediately.

How are blockages diagnosed and treated?

The Cardiac Catheterization Laboratory (cath lab) at Wellington Regional Medical Center is used to diagnose blockages in the arteries and also to provide emergency cardiac care. Diagnostic procedures may be done on an outpatient basis, and patients are awake the whole time but slightly sedated, explains Director of Advanced Interventional Services Louise DeVivo. The medical team accesses the artery through either the wrist or groin, takes pictures of the heart and discusses the results with the patient when finished. In some cases, if a blockage is found, a stent can be put in right then and there. In acute situations like a STEMI heart attack (where there is a complete blockage of a coronary artery), the goal is to open the vessel within 90 minutes of initial contact to prevent damage to the heart muscle.